Sara (cf. previous tree work for Ealing Council) asked me to come up with A1 posters for an exhibition of photography by a young persons’ group in Ealing, London. She wanted lots of white space, black text, but most of all they had to look cool. “Cool” is a terrifying word to a graphic designer, mostly because it means different things to different people.

Also, I’m not too old to realise that a lot of the design that’s aimed at people in their late teens that attempts to be cool is toe-curling. It tries real hard but it ain’t quite hip, as the song goes.

So what this 32-year-old graphic designer in Cardiff, c/o The Provinces decided to do for the urban youth in London was just to keep it simple. Careful arrangement of the images and text (using Trade Gothic Condensed, a typeface which is ineffably cool already), gracefully contained in some inked lines. I love them. I hope they do, too… 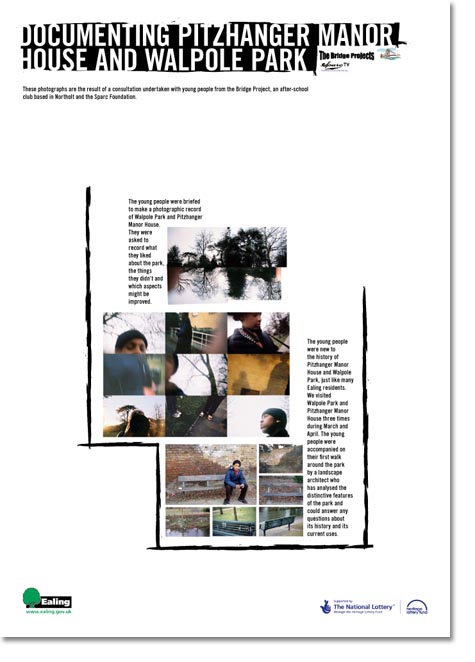 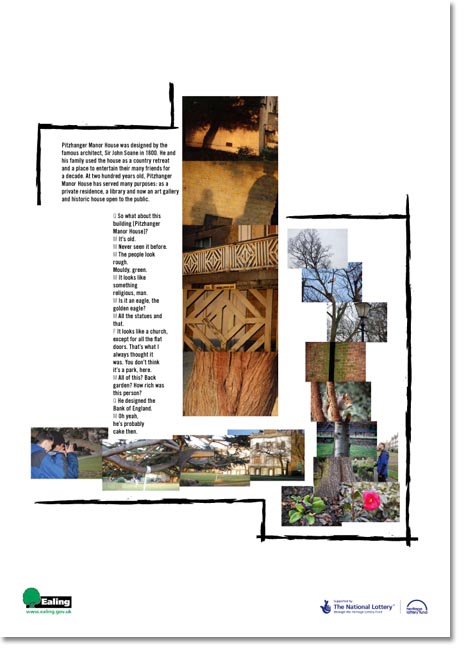 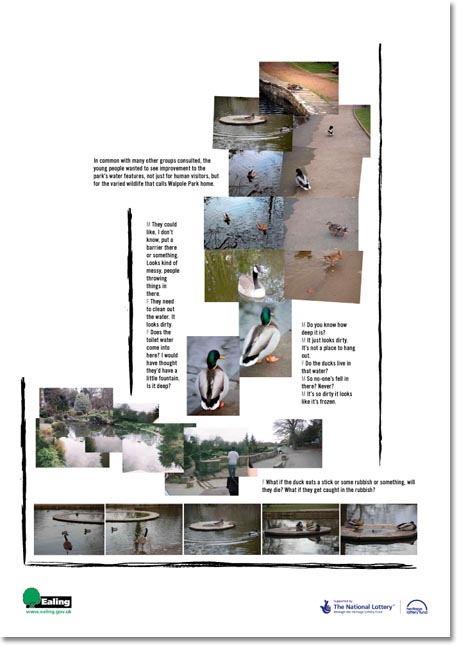 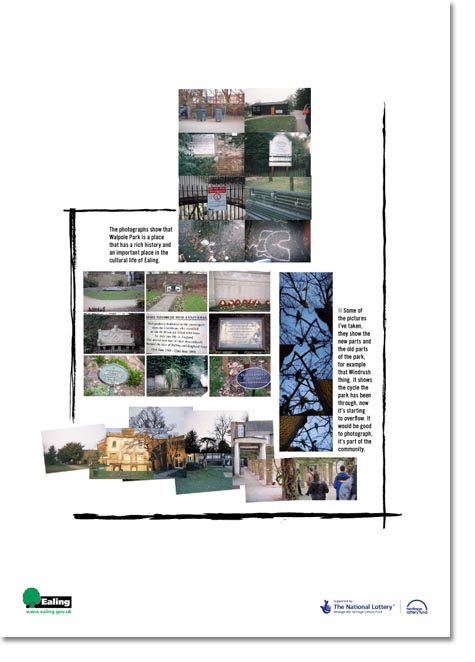 I received a phone call on Saturday from Sara – a friend of a friend. “I hear you’re a brilliant graphic designer?” she said. “Um, I think so,” I think I replied. She had been let down and needed someone to design some large (6ft x 2.5ft) billboards for a local park. They were to stand next to two beautiful Cedars of Lebanon – old, much-loved but ailing trees which are in danger of dropping their substantial branches on passing school-children and picnic-eaters.

The billboards present tomograms to the public – sound-wave generated images which show how rotten the trees are. The public are asked to contribute their ideas about what should happen to the trees.

I brush-and-inked the tree illustration and transferred it to Illustrator, where I added the copy, the Ealing Council and Heritage Lottery Fund logos, and the tomogram images. I did most of the work yesterday until late last night, making final amends today. All gone off to print now – and they should be up under the trees on Saturday. Phew!

I’ve got another project for Sara and Ealing in the pipeline which I’ll probably be able to post up tomorrow.

Hello, crazy-busy today. Just a quick note to show you these little critters I drew for the National Museum in Cardiff. They’re brush and ink, and simple as they’re reproduced pretty small in some activity sheets I’ve designed for the Museum. Hope you like them! 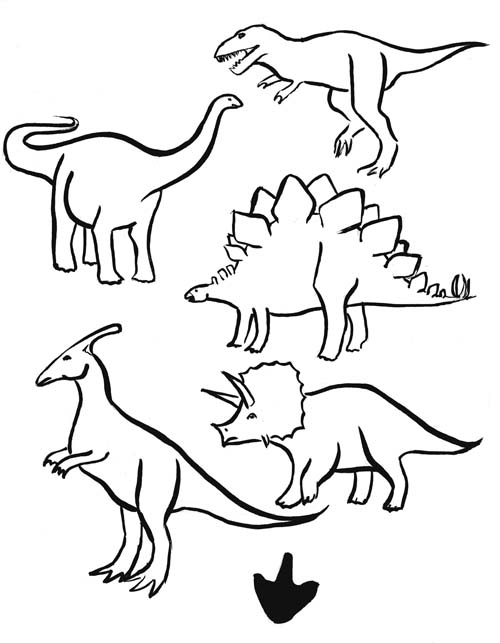 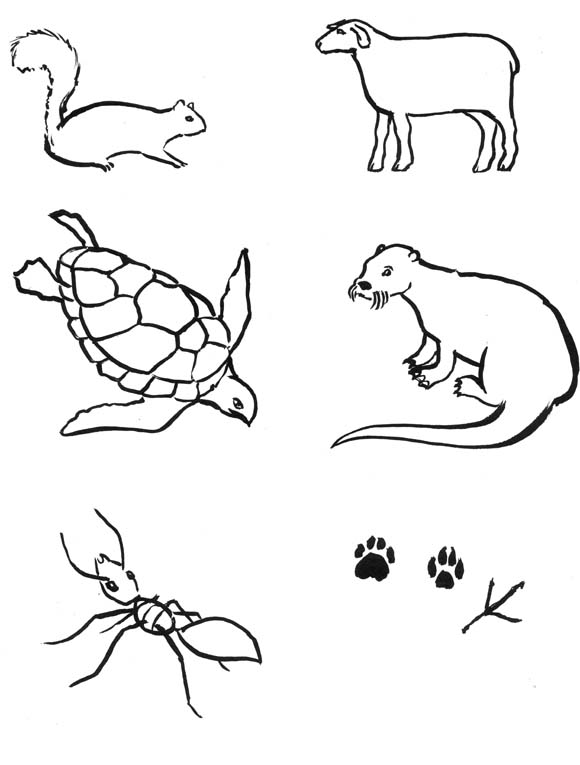 A quick little post about a publication I design called Pulse. It’s a kind of cross between a newsletter and a magazine, being only 16 pages long at the moment. I create an illustration for the cover every issue, and each illustration features the arrow from the logo. This one’s about reaching base camp, and looking forward to the big climb. 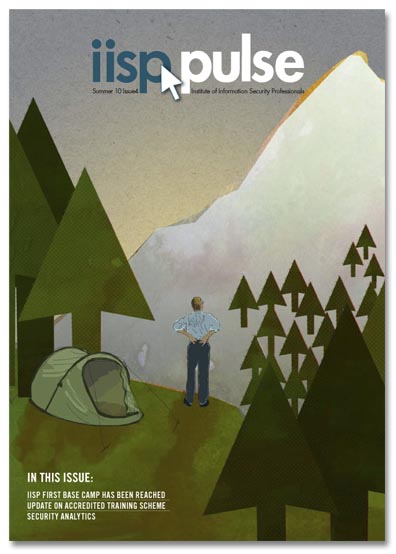 The dark things that live in my head, etc 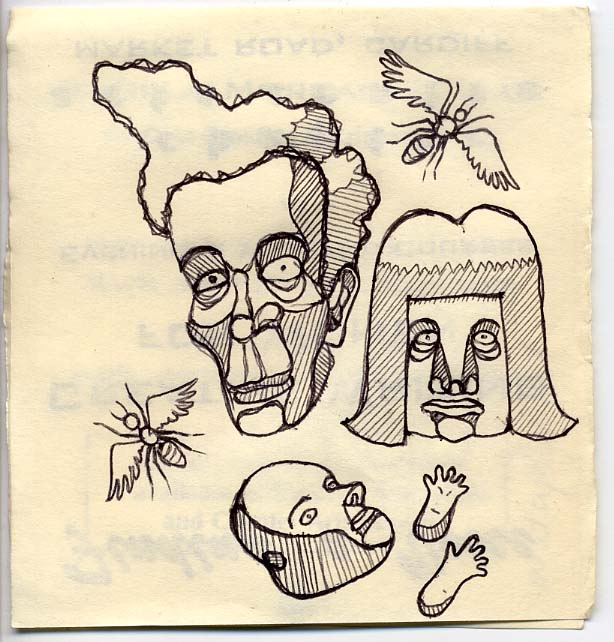