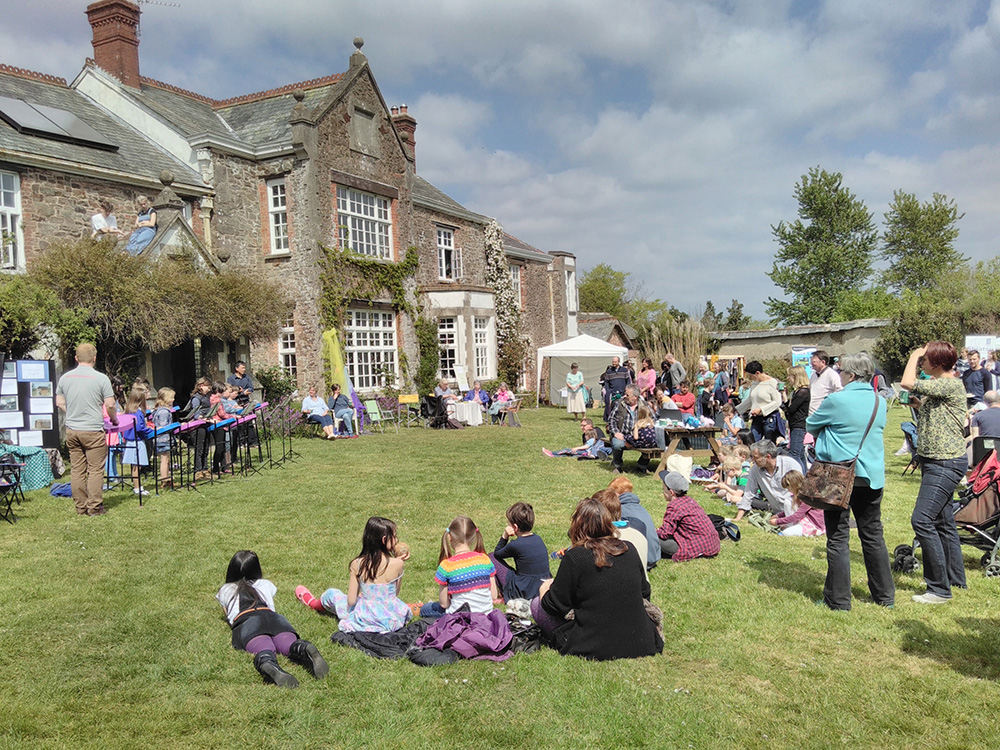 IDK why I’m using this pic of an open day we hosted here. It’s nice & there’s a school steel band – what more do you want?

Further musings on living in a housing co-op

I’ve written a series of blog posts about living in Beech Hill Community Co-operative & you can find the other ones here. Today I’m thinking about the kind of outlook I think it helps to have when applying to join, and living in, a co-op.

Well, it is important that you benefit from living in a co-op. You shouldn’t need to make profound personal sacrifices to join. But once you’ve decided that you’re interested in living in a community, I’d suggest thinking along the lines of what you have to offer them, rather than the other way around. You can find out the cost of the rent, the kind of work expected of you and the facilities that exist onsite with an attitude of seeing whether a place is a good fit for you and your needs. It’s probably a bad idea to rock up to a co-op and say, “I’m just looking to see what you have to offer.” (it has happened).

For example, when I was looking at co-ops I visited a place where they didn’t have much land to grow veg, and seemed to have a lot of conflict, and I figured that both of these factors didn’t fit with me. When I visited Beech Hill they had a lot of space for growing and also they all seemed to get on really well, and so once I’d decided that we were a pretty good match I wrote them an email listing what I could do and also what I wasn’t so good at.

A lot of what you get from living in community is what you bring to it. Bear in mind that there is always a lot of work to be done, so list any practical skills you have, talk honestly about how much time you’d be able to commit to working, and how you’d make your money in the outside world. Rent is often cheap in co-ops, allowing members to work part-time and also meet the co-op’s work commitments. Here’s a post listing some of the work I’ve done here.

It’s worth realising very early on that what you are doing is moving into what is in essence a large family home. Make an effort to get to know the members, be honest about yourself, and realise that you and them both have to get something out of your moving in. In a small community often there is an issue with the balance of members being older, so younger members are always welcomed. A small community will need energy and skills and enthusiasm.

A lot of fuss and bother can be saved by asking questions about anything you feel you couldn’t live with. We recently had one person who was interested in joining coming to stay from overseas, and they asked about the meals. “They are all vegetarian, mostly vegan or with a vegan option as there are 6 vegans living here now, and often gluten-free too. You are welcome to cook meat in the other kitchen or in your own space. You sign up to cook once a week or fortnight,” I replied. This person looked horrified at the thought of having to cook vegan food and I think it put them off. If they had asked in an email about this they could have saved themself an airfare.

If you’re thinking of moving from outside the UK, bear in mind that most communities will want to meet and spend quite a lot of time with you before agreeing that you can move in – and all community members will likely want a say in this decision. As I said, you’re likely moving into a family space. If you’re coming from abroad this could get very expensive. It’s worth asking about the joining process before you consider a place. It is probably wise to check out whether you are able to move to the UK right at the start – our immigration policy is becoming tighter and tighter and the horror that is Brexit is looming. It would be terrible to spend time and money visiting and moving to a place only to be chucked out again by the Home Office.

“Have you thought of…”

Communities always get people turning up who have a really good idea about how they think a community should be run. Sometimes there are wondrous ideas but mostly it’s pretty tiresome. If you go in with the attitude of learning why things are done a certain way in your particular community before suggesting fabulous adjustments your ideas are more likely to be heard. Go in with the desire to learn. Yes, I still think Beech Hill’s accounting system needs to be completely overhauled and started again from scratch. But we work by consensus here, and I’d need to find a way to convince the other members of the accounting team that it would be of material benefit. And to be honest, I’m generally too busy cleaning out jammed sewage pumps.

In it for the money

Some people want to move to a co-op because they are skint and it’s cheaper to live here, or they are having a difficult time and need some respite, or they’d like a nice relaxing place to live out their retirement and be looked after in their old age. None of these is a reason to join a co-op without a profound desire to live communally and do the work needed. Community living can be frustrating and it can be hard physical and emotional labour. (It can be bloody wonderful too though). I’ll admit that I had had a difficult time of it in the few years before I moved – a few deaths in the family and related upheavals meant I was exhausted and did need somewhere to regroup. But I had always been interested in co-op living, had a desire to set one up for myself and was really looking forward to throwing myself into the work here. Community members can smell when someone really isn’t after co-operative living and there’s just no point trying to fake it.

This isn’t to say that I believe housing situation in this country is acceptable. It isn’t to say that I think the options for older people’s accommodation are perfect. It’s possible to acknowledge this situation and also be very aware that we are one little community of (currently) eight members working very hard to keep a rambling old 16th Century manor house upright and six acres reasonably productive of veg, and we physically aren’t able to cope if more than a few of us aren’t able to work. This is sad and it pains me but there it is.