I’m writing this having just attended the opening of the family science exhibition Wriggle! at National Museum Cardiff. If you have small children this is a must-see – brilliantly curated, fantastic interpretation and a canny balance of information and fun. The centrepiece of the exhibition is the Wriggloo – a little room where you can learn what it feels like to be an earthworm!

You may well have seen this blog post I wrote a little while ago announcing that I’d been commissioned to create an earthworm character in a series of six poses, plus a Top Trumps-style activity, for the exhibition.

In this post I go into a little more detail about the process involved, which might shed a little light on an efficient and organised commissioning process. 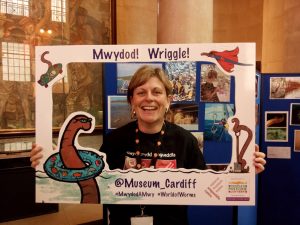 Kate Mortimer-Jones at the exhibition opening – she commissioned the illustrations

I was contacted by Katie Mortimer-Jones, worm expert and one of the curators of the exhibition. The team at Cardiff Museum had come up with a detailed and well-thought-through brief that described the personality of the worm character, including its likes and dislikes, its hobbies and its age. 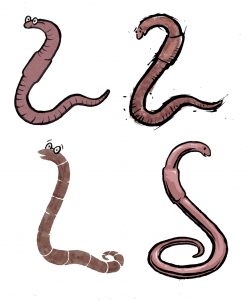 I find it useful to break down quotes into sections so clients have a good idea about what’s involved. In this case I quoted for the creation of the worm character, the pencil roughs of the poses, the inking, scanning and colouring, and the top trumps card design. I also provided a suggested timeframe that would give me enough time to complete the work well while meeting print deadlines for the exhibition opening. The quote and timeframe were accepted and we started straight away.

I drew four worm characters based on their brief with various features. We tweaked a little and came up with this one. 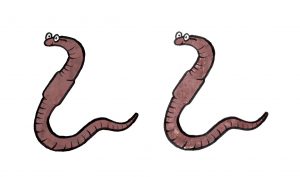 Then I was given six poses or situations in which to draw the worm. They were:

I drew these in pencil on A3 paper as they needed to be blown up very large for the exhibition. Once these were amended and approved I inked with brush pen, scanned in, cleaned up in photoshop, and then I coloured and added texture.

I then took these images into Illustrator and live traced them to turn them into vector images. This means that they could be enlarged to any size without a deterioration in image quality. 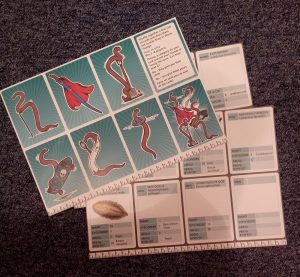 Once the cartoons were signed off I created a series of Top Trump style cards (with the brand owner’s permission) for visitors to fill out and play together.

The final job was to cut out the Top Trumps very furry worm photos in photoshop so they sat well on a white background.

An example of my illustrations being used in the exhibition interpretation

It’s difficult to decide what the best part of this job was – being paid to draw cartoon worms or discovering that there is a creature called a Bone-Eating Snot Flower (like something out of Roald Dahl, no?). What I adore about the educational work I do is how much I learn!

I’ve given my permission for the cartoons to be used on promotional merchandise like mugs and t-shirts which look fantastic and I can’t wait to get my hands on some. The whole exhibition is a joy and if you’re in the area from June to late September, whether you have little ones or not, you should definitely check it out!

– The Wriggle! exhibition is at National Museum Cardiff, Cathays Park, is on until 30th September 2016 and is free to enter. 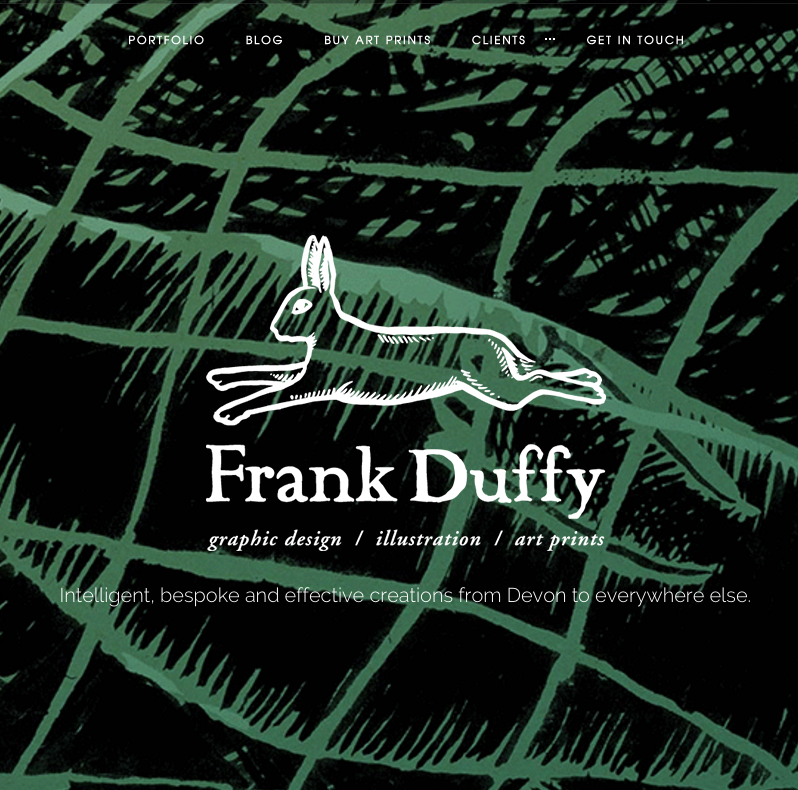 I had started to get frustrated with my old one – the theme just wasn’t flexible enough for my needs. This one is constructed with a fabulous premium theme called Ronneby, and I am delighted with its capabilities. One could design quite literally hundreds of websites with it and they could all look completely different.

I used to design themes myself but with responsive requirements that’s become beyond my ken as a simple CSS fiddler. And there’s no need when themes like this exist.

But just because there’s very little coding involved that doesn’t mean there’s no work involved – it’s taken me days to get this up and running and to the design I wanted. Now I know the theme better (they’re all constructed differently and take some getting used to) I can work more quickly around it. I anticipate doing a little more fiddling with it just to get it how I want it but I’m over the moon with it – I love the subtle animations (there’s loads to choose from), the functionality of the slider plugin (very much like After Effects), the ease of the page builder, the way the portfolio works and just the general elegance of the whole thing. I wouldn’t say it’s a theme for WordPress newbies (although there are templates you can download and install to upload your own content so maybe I’m wrong there) but it is very straight forward.

If it’s a theme you’d like to work with but you’re feeling a little intimidated about getting it up and running do get in touch and we can talk about how I can help you get something all lovely and handsome like this.

I need to make some space in my little studio so I thought I’d offer a sale of my prints!

20% off throughout this month with the code JUNEBUG at checkout here frankduffy.co.uk/buy-art-prints/