I’ve finally got around to photographing the tattoo design t-shirt I designed for the lovely Andy at Naturally Kind Foods (with a little help from Purple Wolf King mannequin at The Printhaus).

I created the illustration with some serious nodding in the direction of vintage American tattoo styles. I worked the design in pencil, inked up and then scanned, traced in Illustrator and coloured up. It was then sent off for screen printing and here it is! You can buy them here.

Edit: March 2017: I’ve created a new design and you can buy on t-shirts, hoodies, mugs and all sorts at Redbubble here 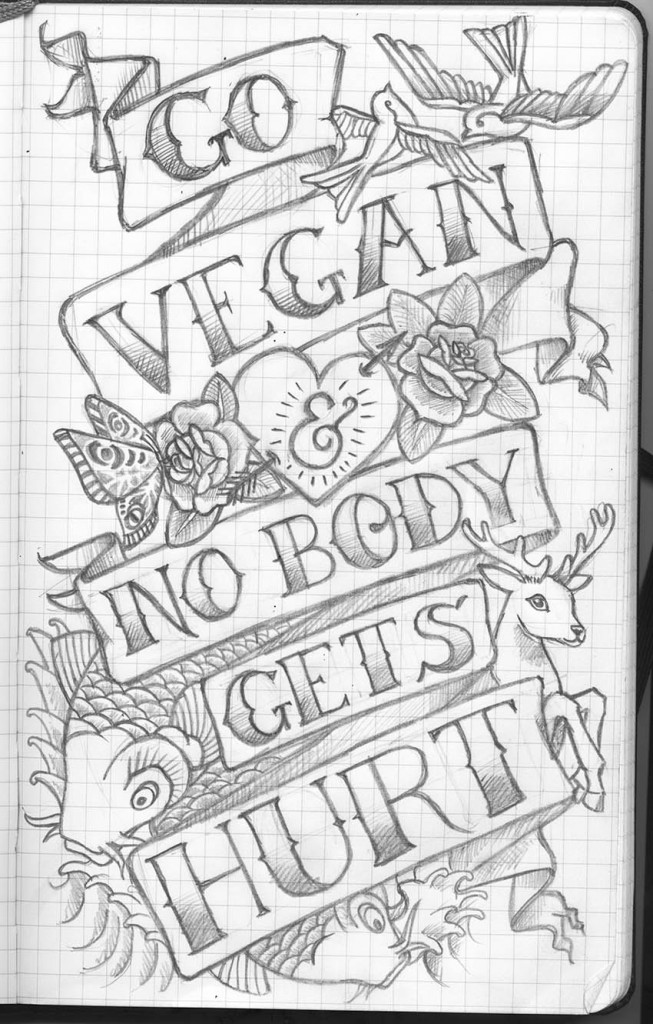 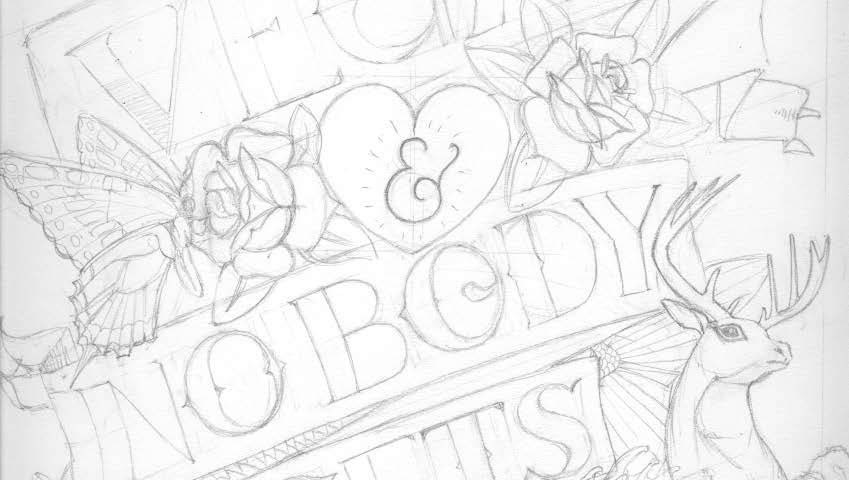 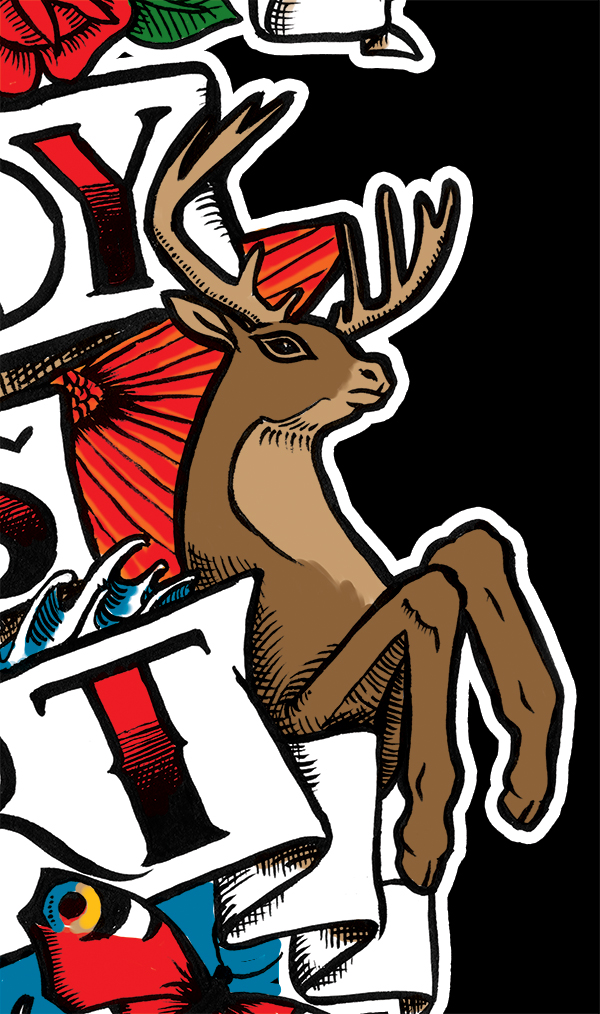 a snippet of the final design coloured up 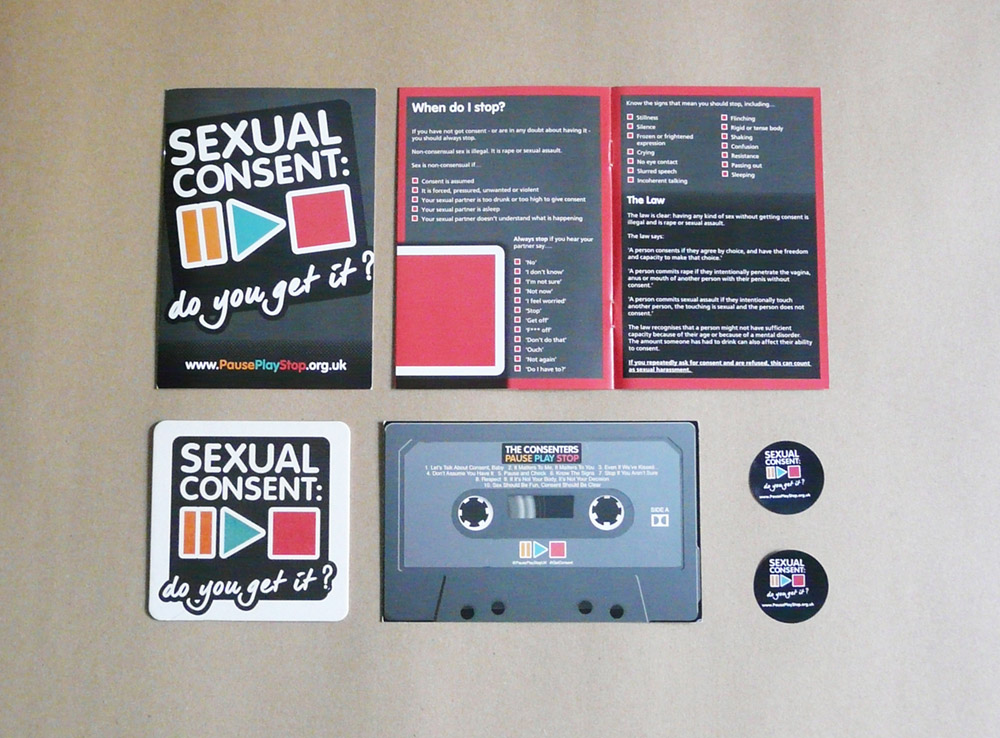 I’ve been involved in an ongoing project with Somerset and Avon Rape and Sexual Assault Support – an intiative attempting to raise awareness of the importance of sexual consent among different population demographics. Post the infamous behaviour of footballer Ched Evans, the I Get Consent campaign seeks to inform what consent is and what it is not, according to the law.

Jorden at SARSAS said: “Thank you for all your help with this campaign, we have had great feedback regarding the design”. 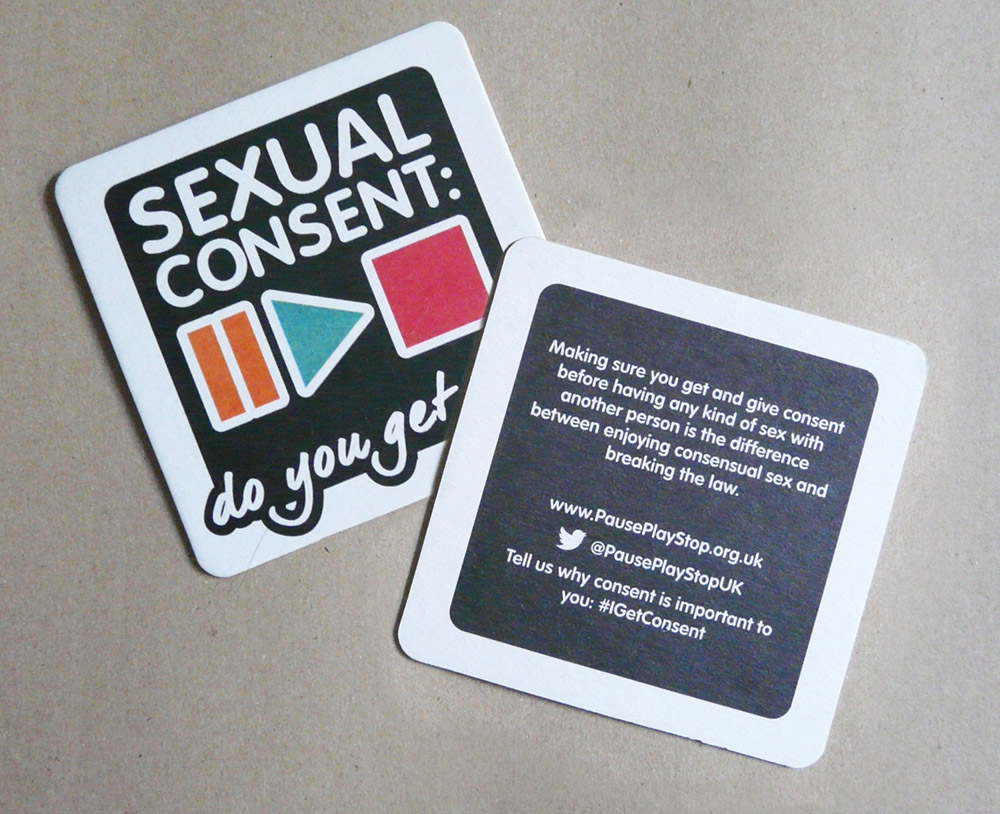 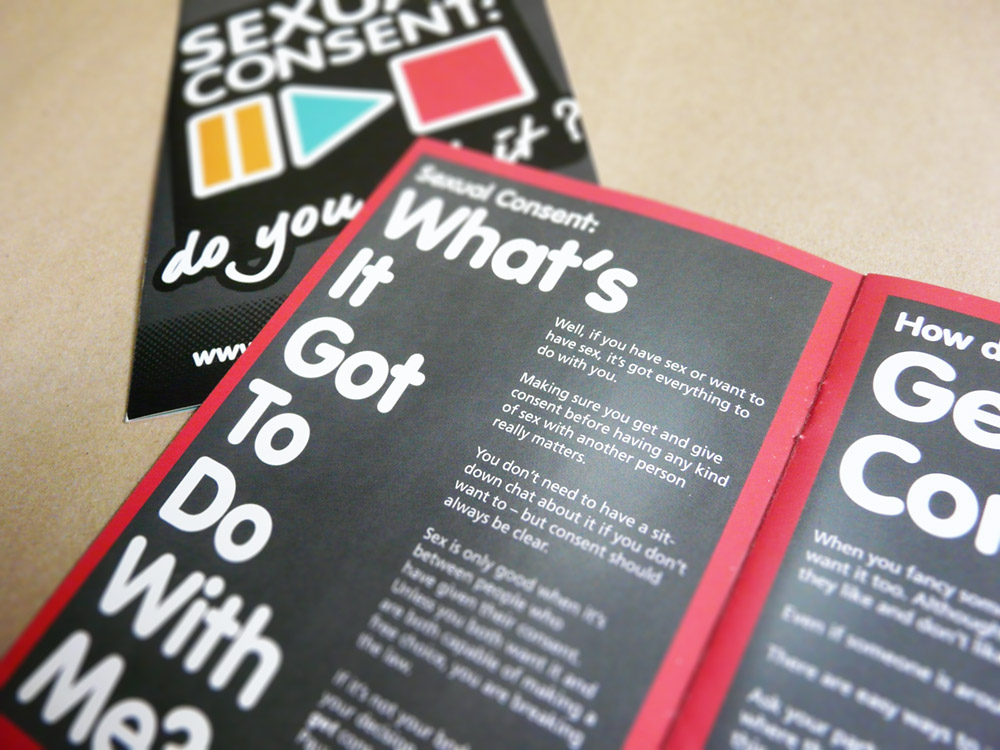 Art zine for Women of the World festival

I don’t know if this is a Cardiff-specific thing or whether it’s true across the board for graphic designers, but there seems to be very little, if any, feelings of rivalry or competition between local freelancers. I count several in my circle of friends and acquaintances and we’ll often recommend each other to clients if we are busy or feel we’re a poor match for the work in question.

So it was with this zine – the lovely Adam Chard recommended me to Melissa Hinkin who works for the international art prize Artes Mundi and who, in her spare time, curated a number of wonderful pieces for a zine put out to coincide with the celebration of the Women of the World festival in March 2015 at the Wales Millennium Centre.

Several things had already been decided – Melissa had strong ideas about the kind of work that she liked, she knew how she wanted the inside and outside covers to look and she had decided that the innards should be printed in a single colour – Pantone purple. Melissa wanted the piece to be an artwork in itself, she wanted the order and prominence of the two languages used to shift playfully and she wanted it specifically not to be traditionally feminine / girly. But the rest was up to me.

Hand-on-heart this has to be one of my favourite creations. The quality and variety of  Melissa’s selections, the freedom to design something entirely un-commercial and our shared vision of both the role of the zine and the way it should look and feel made this project an absolute joy to work on. I am very grateful for having had the opportunity.

The zine is loose-leaf (unstapled) and was printed on 100% recycled Cyclus Offset by PCP printers in Port Talbot. 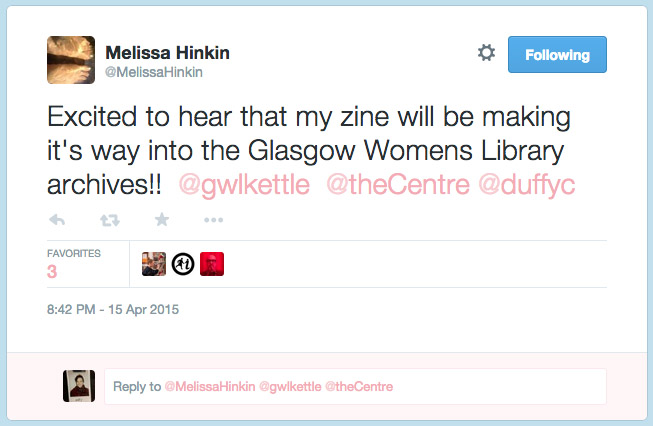 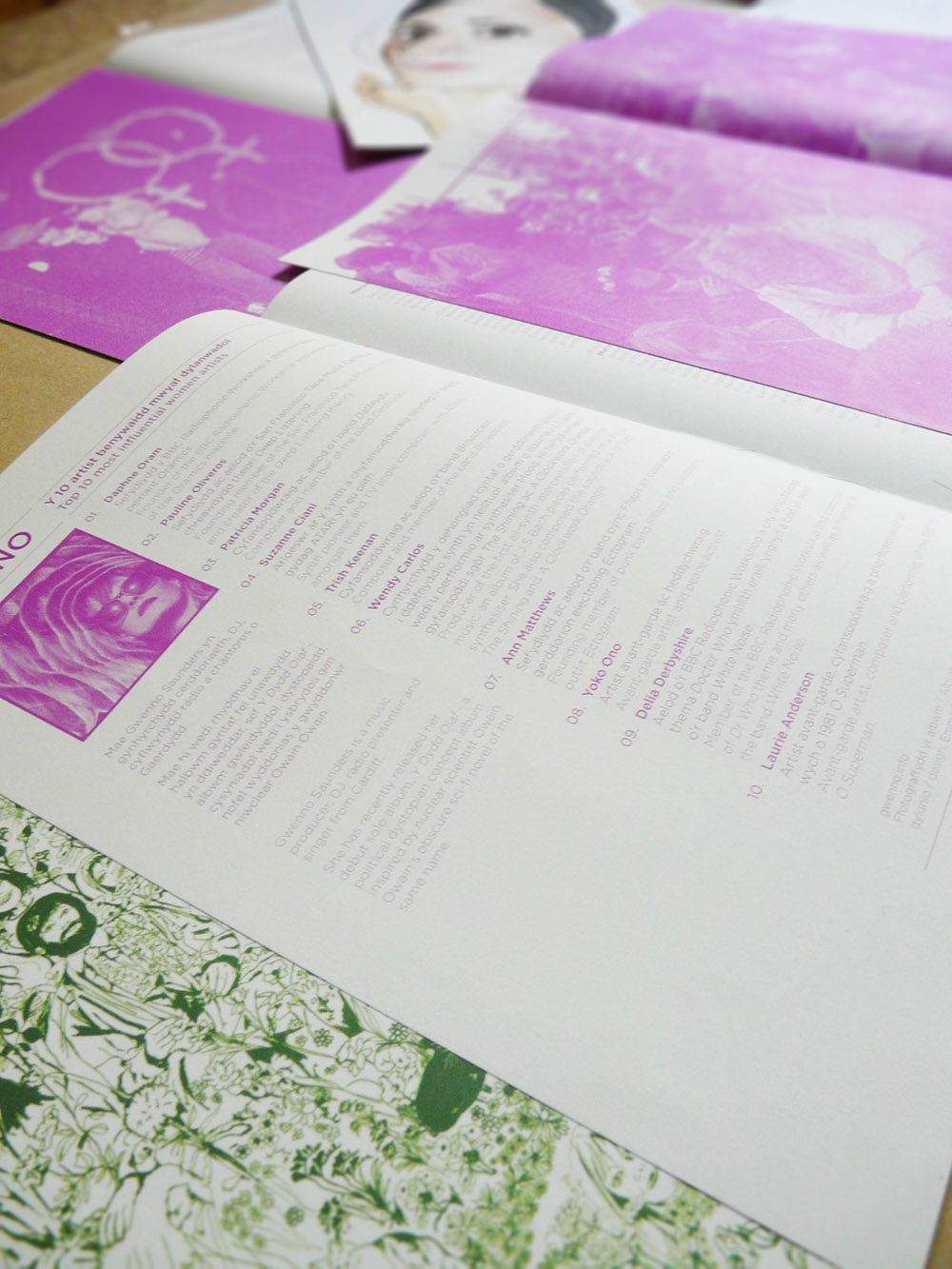 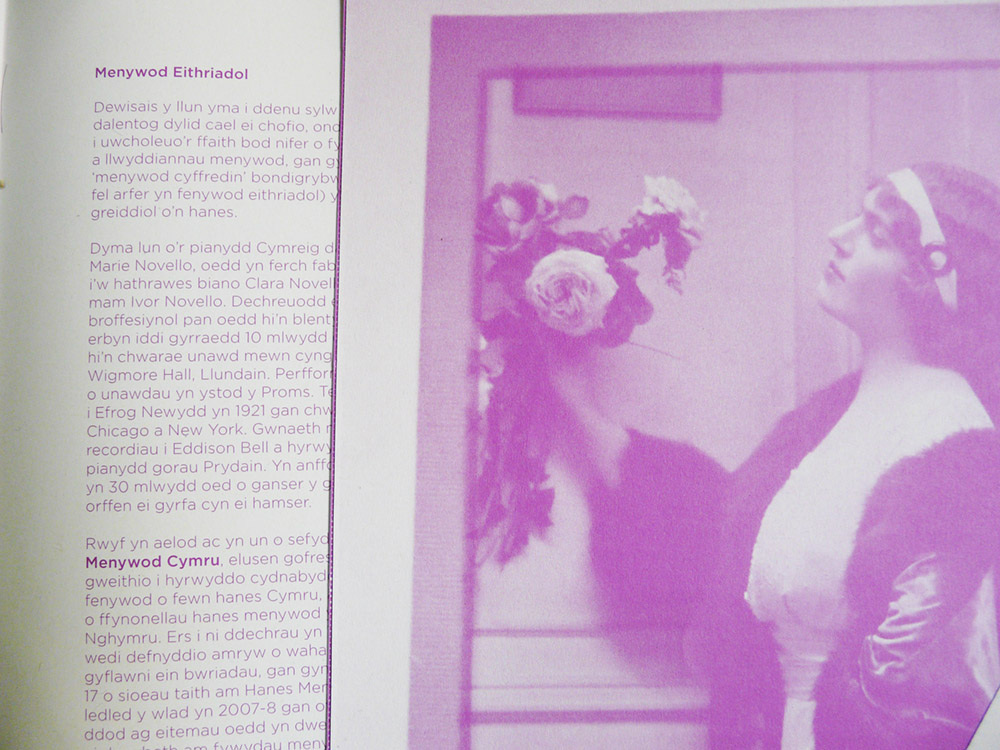 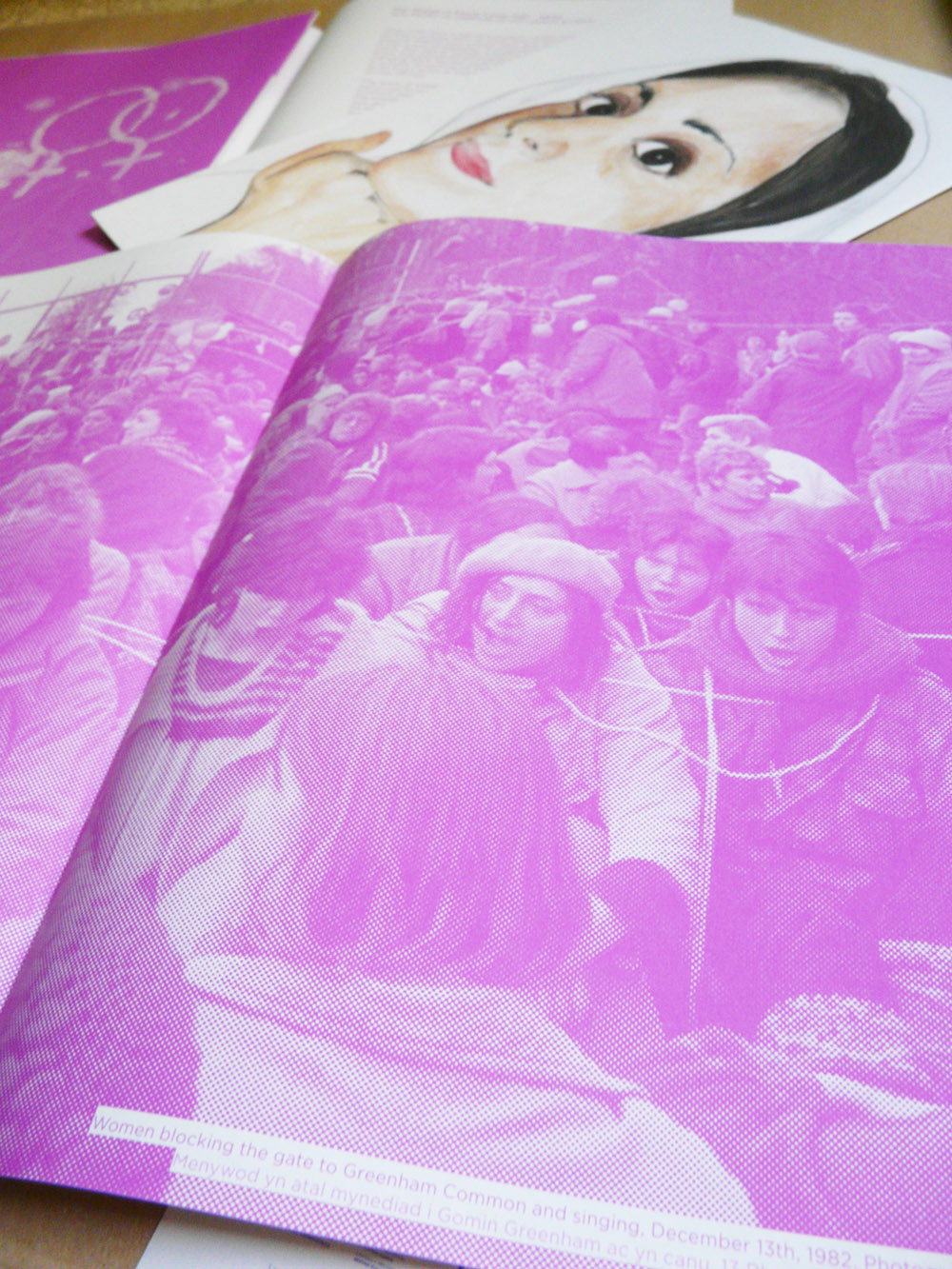