I’ve been freelancing full time as a graphic designer and illustrator for nine and a half years now and in that time I’ve figured out a few simple rules – one of which is that I only work with clients whom I personally like, and another of which is that I do not work for any client whose ethics do not sit well with my own*. It seems that the more I follow these rules the more they do for me – right now I’m working for some people whom I bloody well adore, and for organisations and causes I never dreamed I could be a part of. I am very lucky.

This was absolutely the case when my good friend Jay McNeil asked me to create a logo for his new organisation Traverse Research. Jay is a campaigner for trans* people’s rights and Traverse has been set up to support trans* needs through equalities research. He’d scribbled something logo-ish on a bit of paper involving a mountain range and the name and asked me if I could do something with said scribble. As someone who identifies as gender-queer and who frequently experiences frustration with heteronormative assumptions and the gender binary, I said yes I was more than happy to. Here is the result: 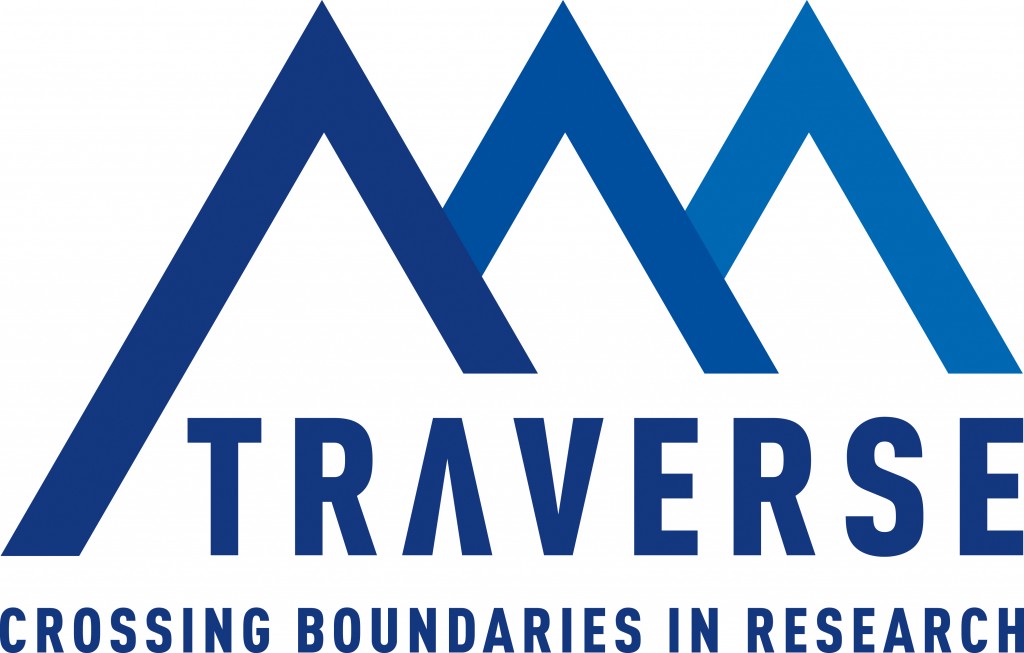 Of the logo, Jay said, “Seriously, that’s fucking great!” Which is nice. 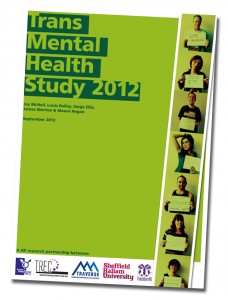 Jay then asked if I’d like to get involved with designing the Trans Mental Health Study 2012 – the largest of its kind in the WORLD. It’s harrowing but compulsive reading and I really think everyone should take a look. It’s very well-written and not at all in the dry academic style we’ve come to expect from these sorts of reports. You can download it in full here. It was a bit of a last minute job; it had to be designed and proof-read and edited in I think about 48 hours and that included all of the diagrams and graphs and what-not! By the time I had got around to designing the cover I’d been staring at the screen so long I had no idea if it was even any good at all! Luckily I think it turned out okay 😉

You can watch a short (7 minute) moving and heart-felt speech by Jay discussing the report at the Sheffield event for the Transgender Day of Remembrance here. TDoR is on 20th November every year and commemorates the lives of those people worldwide who have been murdered because they were transgendered.

I am very proud to have been involved, in my small part, with this vital project. Thank you so much to Jay for asking me and all the best and brightest wishes for the future of Traverse Research x

*In the past I’ve turned down work for an angling supplies company (I’m vegan) and the opportunity to pitch for Vodafone (I’m pretty much into companies paying tax), among other things. (You may choose to read into this that I’m some kind of bleeding-heart tree-hugging hippy liberal type – I couldn’t possibly comment)